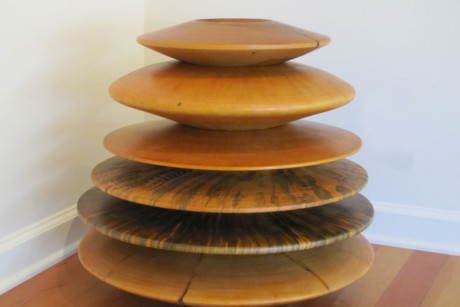 We proudly offer “Gestalt” a totemic creation consisting of 6 separate and unique Turned Norfolk Pine Vessels stacked together from the exclusive Ron Kent Collection.  This amazing creation is the only one of it’s kind by world renowned Arts and Crafts artist Ron Kent.  Each individual disc is unique to itself, and together they form a powerful artistic statement of strength and beauty. 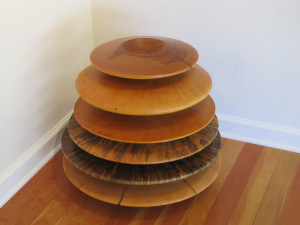 Each turned wood vessel requires over 80 coats of natural oil soaking over several months to finish.