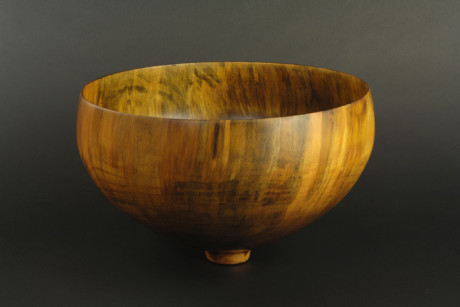 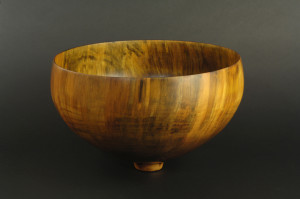 Today’s offering is this amazing Turned Norfolk Pine Vessel titled “SL“, from the exclusive Ron Kent Collection.  This bowl is a one of a kind creation by world renowned Arts and Crafts artist Ron Kent.  This bowl measures 9 inches tall and 13 inches in diameter.  This is a “Spaulted” vessel, evident by the unique dark striping pattern throughout the bowl.

Each turned wood vessel requires over 80 coats of natural oil soaking over several months to finish.